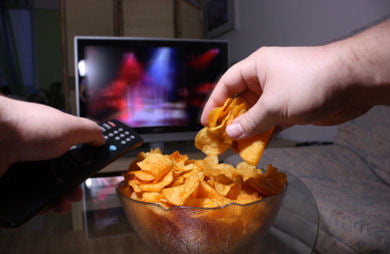 Serotonin signals the body with a satisfaction feeling. Low levels of this can make you depressed and even lethargic.

This hormone is also a neurotransmitter and is located in your brain. It is formed from amino acids that come from proteins.

Too low of levels of serotonin can also make you want to eat more refined carbohydrates. And even can cause you to overeat, this can lead to you becoming overweight. To keep this from happening, eat enough protein in your diet and stay with the complex carbohydrates.

Serotonin: : Importance and Its Functions

Serotonin, more technically 5-hydroxytryptamine (5-HT) is a monoamine neurotransmitter synthesized by enterochromaffin cells in the alimentary canal. Its functioning predominately contribute to regulation of appetite, mood and sleep.

Roughly 90% of the body’s total serotonin is located in the gut area. It facilitates the gut-brain communication essentially signaling the hypothalamus (A basal part of the brain governing autonomic nervous system)  with satiety memos.

Enterochromaffin cells synthesize serotonin from tryptophan, an amino acid and release to blood stream where it is absorbed and stored by blood platelets. Therefore, serotonin serves as a vasoconstrictor agent facilitating blood clotting.

Also this neurotransmitter induces a sense of bliss and well-being, making it a key component in a class of antidepressant.

The 5-HT receptors, the receptors for serotonin located on the cell membrane of neurons arbitrate the effects of serotonin in the gut-brain communication. During food consumption, serotonin is released and when reaches the brain, activates 5-HT receptors on dopamine-producing cells.

Dopamine is an appetite stimulant in the presence of resources. Mutation of 5-HT receptors causes the hypothalamus unable to identify satiety stage and to continue to produce dopamine. This leads to strong cravings for carbs and thus causes obesity due to the overconsumption of calories. Alleged reasons of mutation of serotonin and its receptors are stress, PMS, and seasonal depression.

Serotonin levels are intensely affected by dietary actions. As tryptophan is the key component for the biochemical manufacture of serotonin, its increase in to phenylalanine and leucine will increase serotonin levels.

Serotonin medical treatments are often a combination of obesity-depression cures. Depressed individuals tend to overeat to implicitly boost their serotonin level and thus their mood. Therefore, anti-depressants with key components as serotonin can diminish intense craving for food and cause weight loss.

Below is the list of some common drugs prescribed worldwide

Serotonin-regulating drugs can have possible side effects such as addiction. The serotonin regulating surgeries are quite advanced to specifically act on receptor subtypes namely 5-HT1A, 5-HT1B and 5-HT2C , each having diverse effects on depression and obesity.