Ghrelin: Importance and Its Functions

Ghrelin is a protein hormone composed of 28 amino acids primarily synthesized and secreted by the P/D1 cells lining the fundus of the human stomach and epsilon cells of the pancreas. It is considered as the counter to the peptide hormone, leptin. Leptin is the major hunger suppressant whilst ghrelin functions as the major hunger stimulant. The locus of ghrelin receptors throughout the body including stomach, pancreas, intestine, pituitary glands, gonads, heart, thymus and thyroid suggests it has vaster metabolic functions. Ghrelin is also a powerful stimulator of growth hormone (HGH) from the pituitary gland. 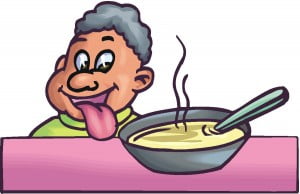 Ghrelin was discovered as the first circulating hunger stimulant. Level of this stimulant will be high before the meal and low after it. Ghrelin and its synthetic mimetics increase food intake and increase fat mass by activating functions of orexigenic neuropeptide Y (NPY) neurons and thus the cravings. It can also trigger the mesolimbic cholinergic-dopaminergic reward link, a neuronal circuit that mediates the hedonic and reinforcing aspects of natural rewards including food and addictive drugs, such as alcohol.

Studies in obese individuals indicate the level of ghrelin in their blood is comparatively lower than leaner individuals suggesting ghrelin alone doesn’t induce obesity. However regulation of ghrelin levels has imminent role in obesity control and treatment. Reason for that is ghrelin levels in blood plasma are inversely proportional to body weight. Therefore a loss of weight can incline the production and thus the hunger making it difficult to control obesity.

Core idea behind dietary regulations to control obesity should not be resisting hunger. Abrupt halt of regular food intake will have adverse effects rather than weight loss. The key is to suppress ghrelin level with the food regulations and thus reducing hunger and in turn obesity. Protein rich- low fat diet can suppress ghrelin production ergo the hunger longer than carbohydrate rich foods. Also fat is slower in inhibiting ghrelin action and consequently suppressing hunger than carbs or protein. A technique suggested is to reduce the quantity of food in each meal and increase the number of meals thus reducing the time between each meal.