DHT: Importance and Its Functions 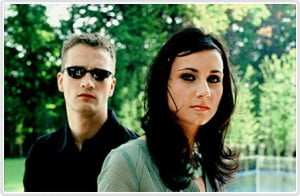 Dihydrotestosterone, commonly abbreviated as DHT is an androgen and a sex steroid hormone responsible for the masculine characteristics in body including hair growth.

It is synthesized by the enzyme, 5α-reductase from testosterone primarily in the prostate and hair follicles and then in small quantities in the testes and adrenal glands.

DHT is liable to maintain and develop sexual characteristics and some metabolic activities including the production of blood cells.

Approximately 5% of total body testosterone is converted to dihydrotestosterone by 5α-reductase, in men.

The level of DHT in serum should not be higher or lower than normal for proper metabolism and sexual functioning of body, especially in men. Due to its higher potential than testosterone, DHT induces more muscle development, bone mass and libido. Ergo ample DHT in serum stimulates weight loss and lean body muscles.

Also DHT cannot be converted into estrogen (which can stimulate fat storage) by the enzyme aromatase, like in the case of testosterone. However, elevated level of DHT can cause hair loss and gradual fat deposit in the belly region. It is suggested that an equal quantity of 4-androstenedione can neutralize this effect. Declined level of DHT results in diminished libido, erectile dysfunction, tiredness and obesity.

More fixes are proposed for DHT lowering than its boosting as high level of DHT has more severe consequences such as prostate cancer. Bodybuilder often use DHT boosting methods with precautions to burn more fat and build lean muscles.